But I will because I’m committed to document our entire adventure, good and bad. And today was bad, very very bad. But not as bad as it might have been.

Charlie and I got in a car accident. Thankfully no one – not us, nor anyone else – was hurt, but our car was totaled. Here’s what happened.

We were driving north west on the Malecon about 1:30 pm, looking for an Oxxo store where we were told we could recycle glass, plastic, etc. I was driving the speed limit, maybe a bit below it. We saw the Oxxo, I signaled to make a left turn, didn’t see anyone coming from in front of us, and began the turn.

What I didn’t see was a van from La Concha Beach Resort that was speeding up behind me and starting to pass me on the left. As I went into the turn, he came blasting up and smashed into the driver side of my car. Thankfully, I was at an oblique angle, so my car veered to the right and his van angled quickly left. I put on my brakes, but he plowed into a car that was parked in front of Bismarksito Restaurant. The car he hit plowed into another car, and that car into another car. In total, four car were rendered inoperable and had to be towed. Coincidentally, one of the cars belonged to our next door neighbor, a bull of a man with a bulging gut and invisible neck. Like almost everyone else who was involved in the accident he was remarkably pleasant and understanding.

Within about 2 minutes, a good 10 cops descended on the scene. Everyone was speaking rapidly in Spanish. Even under the best of circumstances I would have had a tough time following a conversation. In my post-accident daze I didn’t understand a word.

Remarkably, Charlie did. He kept his cool, explain to multiple officers what happened, translated my questions and observations, and didn’t break a sweat. After what seemed like forever a couple of guys (Martin and Juan) from Fox Rental car showed up. At that point, I was beginning to get the sense that everyone realized the accident wasn’t my fault, but it certainly is disconcerting when you’re linguistically incapacitated.

Around 3:00 pm Charlie and I left for the police station with Juan. The scene there was rather confusing. I was led to a “medical” office where an officer administered an alcohol breatholizer and asked a variety of questions about my health. The driver of the other car did the same thing.

A little while later Charlie and I went into a room in the police department with another Fox rental guy (didn’t catch his name), who served as our interpreter. A police office asked me to explain what happened, which I did, and the Fox guy translated. The police office calmly drew the scene of the accident on a white board. I emphasized 1) I was going the speed limit, 2) there was only one lane on the Malecon in my direction, 3) I signaled, 4) the guy who hit me did so when I was taking a left, 5) he was going way, way too fast.

The officer asked a few clarifying questions and then began to question the van driver. It because clear pretty quickly that the officer had already decided he was at fault – likely from our statements, the other police officers at the scene, and various witnesses. It was a bit uncomfortable being in the same room with a guy who had a pretty different story, but he was calm – no one raised their voice. After about 20 minutes, the Fox guy said, we were good to go, it was the other guy’s fault, and that his insurance would be covering the costs of the crash.

So, in the best of all worlds, that all turns out to be true and the saga ends. But who can really know?

I take away from this a number of critical lessons:

Charlie was great. Fox Rental was great – the guys they sent were super helpful, and I already have a new (now fully insured) replacement car. The police were great. But the story isn’t over until it’s over. We’ll see how things play out with Fox, the van driver and his insurance company, the other drivers, and the police department. But I’m optimistic right now.

Oh, I forgot to mention that I got a flat while biking over to Fox to pick up my new rental car. And a new hurricane is on it’s way to Baja. 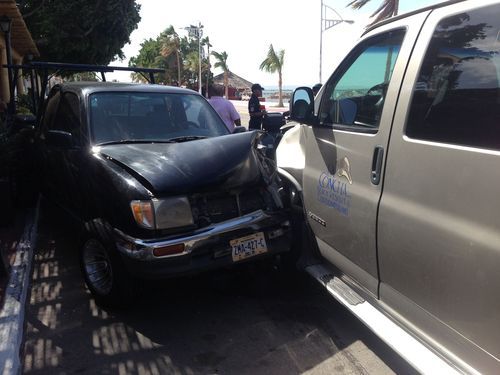 Above is the van and one of the parked cars it smashed into. 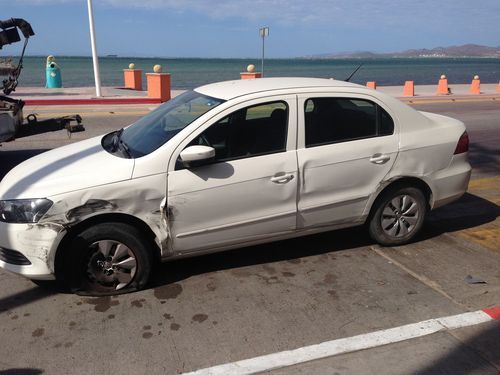 Here’s my VB Gol with the side sheared. 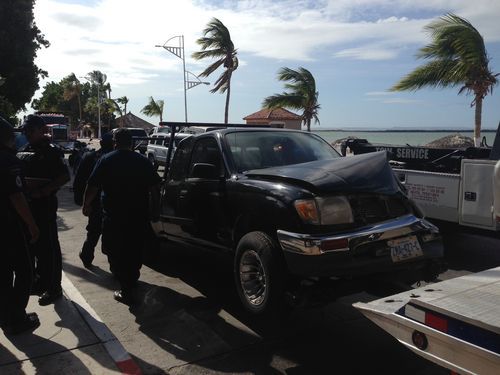 One of the parked cars being towed. 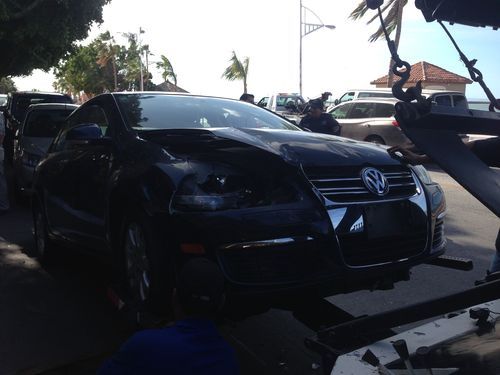 Another parked car being towed. 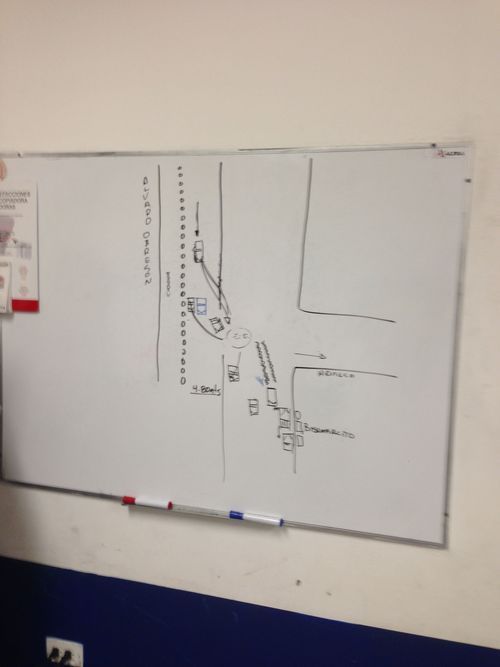 And the police officer’s diagram.

This entry was posted in Travels with Charles, Uncategorized by mdelapa2. Bookmark the permalink.