If you’re easily or even with some difficulty offended by scatological references, I recommend you skip this blog post.

Today I discovered the true meaning of playing “shit ball.”

I arrived at the central volleyball court on the Malecón around 5:00 pm, meeting my new friend Kevin, Caesar, Marco, and a new player Carlos for a Monday evening game. After some initial trials – I don’t think they had ever set up a sand court before – we raised the portable poles and net, put in the lines, and began to play.

Unexplainably, about a hour into our game “aguas negras” – literally “black water” sewage – started pouring down the streets on either side of the court. Behind one end of the court, to the west, there is a small promenade and cement wall, which largely contained the mess. But behind the eastern end of the court, the aguas negras flowed freely as a small river into the Sea of Cortez. We could see the nearshore water blacken, and the smell of death surrounded of.

Weaker men, weaker gringos, smarter gringos, would have called it quits. But I wasn’t going to disappoint my teenage friends, so, like them, I continued to play.

Every few points, someone hit the ball hard enough so that it rolled off the court and into the aguas negras. The player closest to the ball then retrieved it, wiped the ball in sand, and set it aside for a few months. We had three balls, so we were able to rotate them into the games.

Unfortunately, at some point one of the player hit my Wilson AVP ball directly into the flowing water, and it was taken quickly into deeper waters. I considered wading out to get it, but as I reflected on the possibilities of cholera, typhoid or other possible diseases associated with sewage, the wind picked up and the potential wade became a potential, unthinkable swim.

My friends and I waved goodbye to the Wilson AVP ball as it drifted north into the Sea of Cortez, hopefully to a better life.

After several hours of play – yes, that’s how fucking insane/stupid/you-pick-the-adjective – with my hands, legs, and knee brace covered with sand-aguas negras-and who knows what, I finally called it quits. The boys seemed a little disappointed, but not too much; before leaving the beach, we arranged to play next Monday, 5:00 pm.

That, of course, is provided I don’t come down with cholera. Or typhoid.

I don’t think I’ve every showed with soap as rigorously. All of my clothing remains under quarantine in the back of our house. I’m hoping the heat and mosquitoes will collaboratively disinfect whatever has infected it.

This is top 1, 2, and 3 most disgusting volleyball experiences in my 40-year career.

Is there any doubt I still love the game? 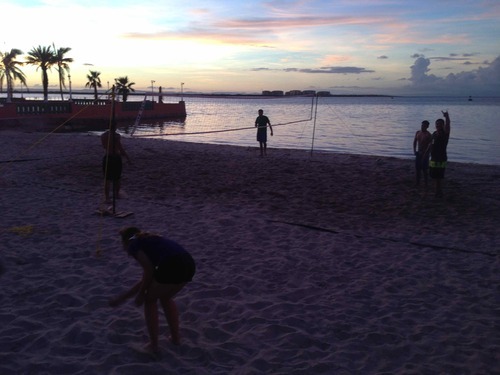 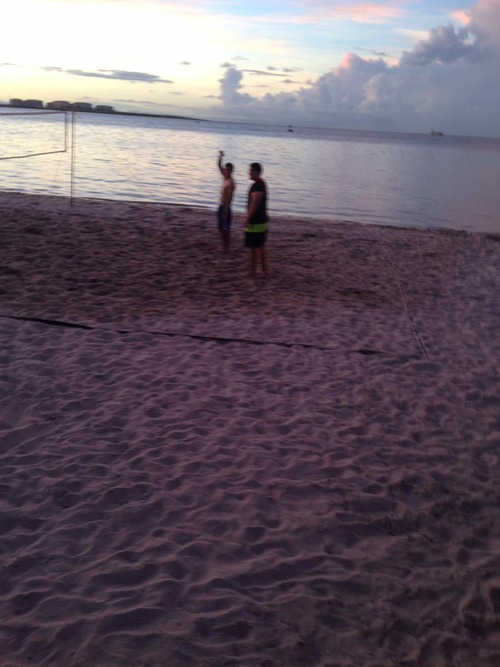 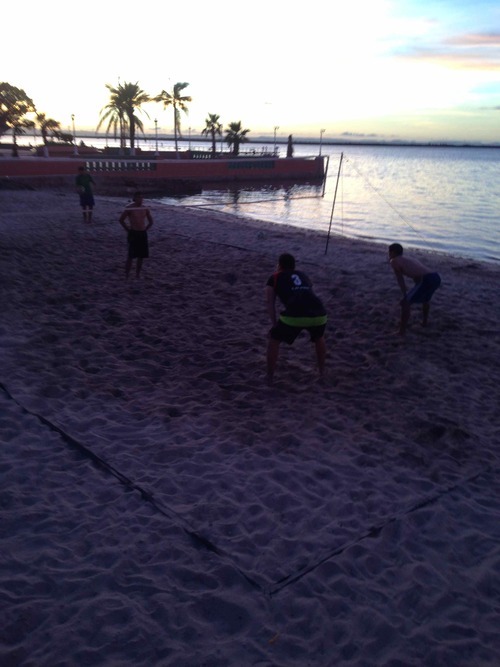 This entry was posted in Travels with Charles, Uncategorized by mdelapa2. Bookmark the permalink.