For PrimeSense, Microsoft’s Kinect Is Just the Beginning – Nicole Perlroth – Everything Ventured – Forbes.

For PrimeSense, Microsoft’s Kinect Is Just the Beginning 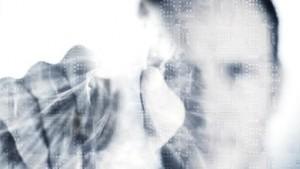 Imagine owning a car so loyal it refuses to drive without you, with a security system so astute it instantly identifies any thief who tries to steal it. Imagine an air bag that knows whether its job is to protect you, or your three-year-old, and deploys accordingly. Or a car stereo that takes song requests.

Imagine if all the headaches that define our relationships with our devices disappeared, and humans and devices could finally coexist in harmony. Thanks to one company, that world will soon be at our fingertips. Which is all to say, PrimeSense is sure to be aname you need to know in 2011.

The Israel-based company’s flagship product is a microchip that hears sounds and reads real-world motions and translates them into a 3D grid that devices can process. Founded in 2005, PrimeSense gained prominence last March when Microsoft announced it would be using its motion sensor technology in Kinect, its 3D videogame system. 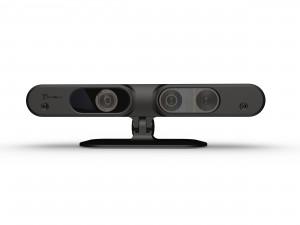 PrimeSense allows devices to “see” users and their environment using its 3D sensor, projector and microphone.

Microsoft’s Kinect gaming system allows players to interact with the Xbox 360 without the need for a handheld controller. Unlike other video game systems—which use the controller as its only point of reference— PrimeSense’s sensing technology maps thousands of points, and can accurately read body movements, complex gestures and even verbal cues. It works by combining a 3D sensor with a projector that emits an invisible, infrared light in a complex pattern. The sensor picks up how the pattern is distorted when it hits users. In conjunction with a microphone that picks up sounds and their origin, the technology allows a device to fully “see” its surroundings.

“We’re enabling devices to see users and understand their environment,” says PrimeSense chief executive Inon Beracha, who likens his company’s technology to nothing less than a complete paradigm shift. “We’re creating a world in which devices bend toward the user, instead of users bending toward devices.”

Beracha says PrimeSense is “currently focused on the living room,” bending televisions, set top boxes and Blu Ray players to our will. But in 2011, the company plans to turn its energies to PCs, hand-held devices, smart phones and much more—say the car, or the “smart home.”

PrimeSense’s microchip will soon make it possible for your home to greet you with your preferred temperature and lighting settings, and deliver all your messages the minute you walk in the door. Say you want to cook a new meal, the technology can project a recipe right onto your cooking surface. Say you get the urge to shop, PrimeSense can turn your living room into a virtual, clothing boutique, where you select clothes you want to “try on” and see how you look in them right on your television screen.

The company has no plans to manufacture any of its own devices, but plans to make its motion sensor technology ubiquitous in others. Says Beracha: “We are opening the eyes of consumer devices to do all the things we’ve ever dreamt of, and more.”

Much more. Last month, a hardware hacking company, Adafruit, offered a $1,000 bounty to anyone who could supply open source drivers for the Kinect device and provide a video proving their code worked. When Microsoft threatened legal action against anyone daring to fiddle with its Kinect hardware, Adafruit upped the ante to $2,000— and later $3,000.

Just a week later, Adafruit had coined a winner and the OpenKinect community was born. Now using the open source code, enterprising hackers have jerry-rigged everything from virtual piano keyboards that let users play the piano anywhere, to an application for 3D drawings anddigital puppeteering.

While it is still unclear how Microsoft will respond, PrimeSense maintains the hacks are just a small demonstration of what will soon be possible with its technology: “We are bringing science fiction into our home,” says Beracha.

This entry was posted in New Technology by mdelapa. Bookmark the permalink.